The Self-Realization Fellowship teachings of Paramahansa Yogananda as a significant source of inspiration and guidance have drawn attention recently from several print and online media outlets around the world.

“Finding Inner Peace Through Kriya Yoga Meditation” was the title of an uplifting segment on NBC TV in Dallas on April 1. The feature centered around an interview with SRF minister Brother Bhumananda on this topic, filmed on the grounds of the SRF Encinitas Ashram Center. It aired just prior to a series of public lectures on the same subject given by him in Dallas and Houston. Also included (in a second video) were inspiring interviews with adult and teen members of the SRF Dallas Meditation Group, highlighting the effectiveness of meditation for all circumstance, and for all ages. View the NBC videos (after opening the link, scroll down to find both videos). 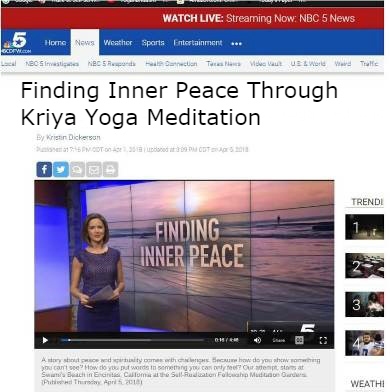 Telling their readers they would be learning about a “pilgrimage of a lifetime,” the periodical Light of Consciousness featured an excerpt from Sri Mrinalini Mata’s Visiting the Saints of India With Sri Daya Mata in their summer print issue. In the book (available at the SRF Bookstore), Mrinalini Mata recounts her experiences during a seven-month trip to India with Sri Daya Mata—from July 1961 through January 1962—which included visits to the ashram centers and sacred sites of Paramahansa Yogananda and his lineage of Gurus, and meetings with two other of India’s most revered saints of the twentieth century, Anandamoyi Ma and Sri Sitaramdas Omkarnath. 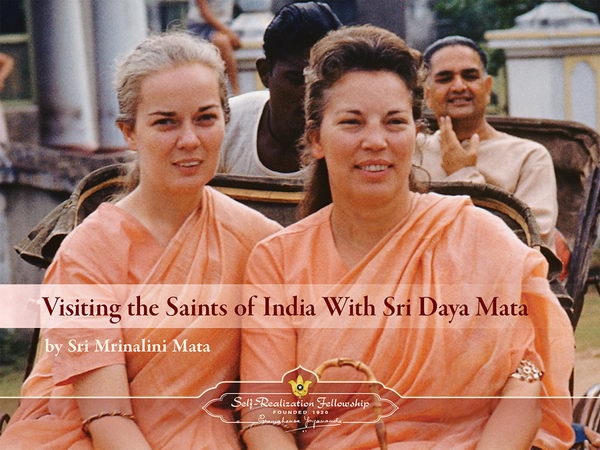 To mark the 125th anniversary of Paramahansa Yogananda’s birth and to present its readers with powerful ideas on how to start the new year, the Spanish-language magazine Espacio Humano featured in its January issue an excerpt from Journey to Self-realization, the third volume in the ongoing series of Paramahansaji’s Collected Talks and Essays. A selection from the Guru’s talk “Make New Determinations: Be What You Want to Be” highlights the importance of concentration and will power to connect one with God. “Your cup of life within and without is filled with the Divine Presence,” he emphasizes, “but because of the lack of attention you do not perceive God’s immanence. When you are in tune, as one tunes in a radio, then you receive Spirit.” Read the full article at Espacio Humano. 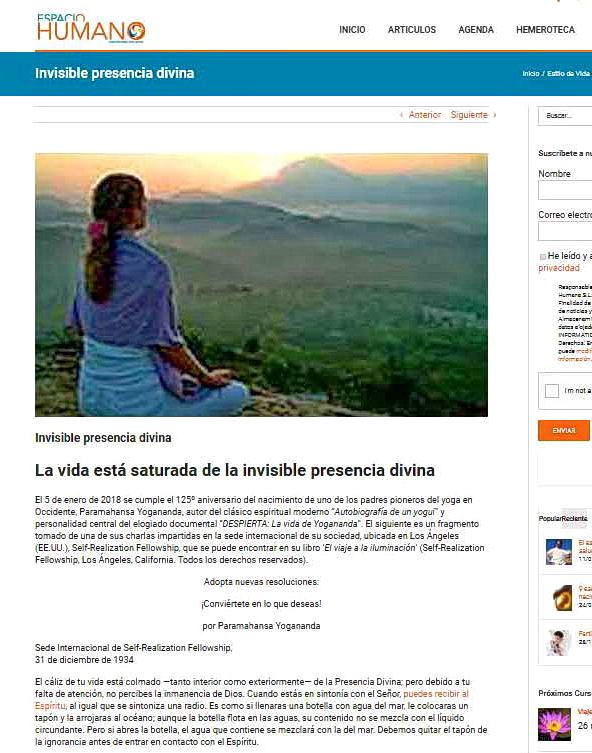 Southern California Life, a print and digital magazine on culture and lifestyle, included the Self-Realization Fellowship Lake Shrine as one of its five favorite “Mindfulness/Wellness Centers in SoCal” in their May/June print issue. The article provides readers with evocative photos of Lake Shrine and mentions, “the beautifully landscaped grounds are wild and soothing at the same time, and include monuments honoring many of the world’s religious traditions, a stunning memorial to Mahatma Gandhi, and a chapel and temple where meditation services and retreats are held.” 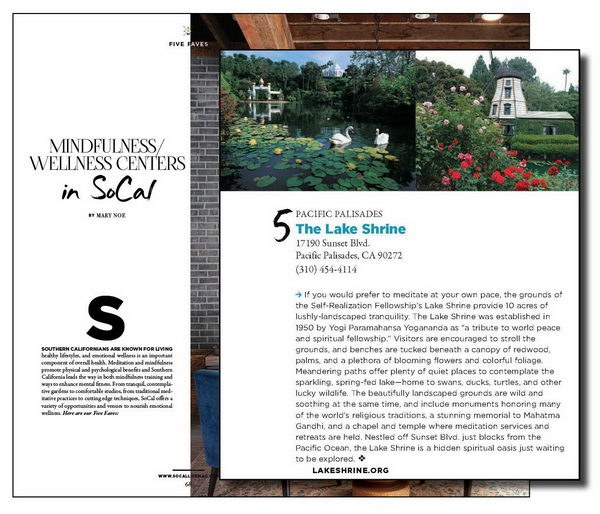 The April/May issue of Einfach JA, a German print magazine focusing on the culture of the body, mind, and spirit, included an excerpt from “Living in Attunement With the Divine,” a talk by Sri Mrinalini Mata. In the selection chosen from her talk, she encourages the readers to remember: “Whatever confronts you each moment, that circumstance rightly represents the next step your soul must take in its divine unfoldment. If you regularly and devoutly study [Paramahansa Yogananda’s] teachings, then in whatever circumstance you find yourself there will be some thought of truth for it in your mental library.” (A recording of Mrinalini Mata's full talk is available as a CD or MP3 from srfbooks.org.) 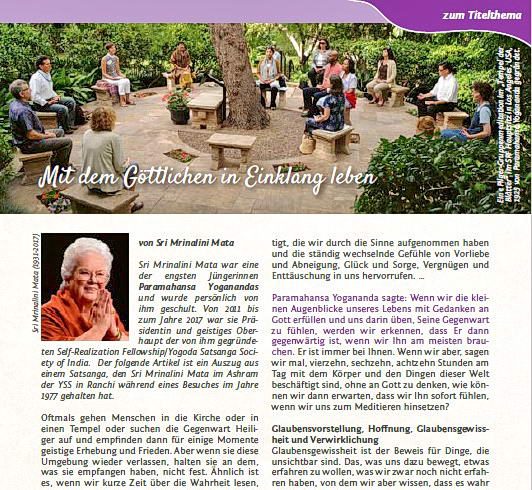 We look forward to sharing with you more coverage of Paramahansa Yogananda and Self-Realization Fellowship in the near future.