A Message from Brother Chidananda 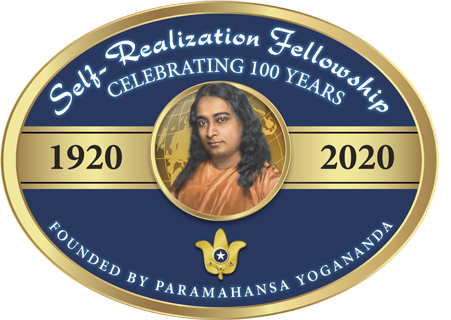 A New League of SRF/YSS Kriyabans

One hundred years ago, in September 1920, Paramahansa Yogananda arrived in the United States to begin his divinely ordained mission of spreading India’s ancient science of Kriya Yoga worldwide. For more than thirty years, until his mahasamadhi in 1952, he labored with pure divine love, tirelessly and joyously, in fulfillment of that mission.

It was a special joy during this centennial year of Self-Realization Fellowship to introduce another major milestone in the development of Paramahansa Yogananda’s worldwide mission: the Voluntary League of Lay Disciples. As I explained at the conclusion of the 2020 SRF World Convocation in August of this year, the plan is to create a worldwide league of Kriyaban disciples — a lay disciple order formed of SRF/YSS members who want to pledge a deeper commitment to 1) structuring their daily lives around the spiritual ideals (sadhana) he gave; and 2) giving freely of their time and resources to serve and support his work.

Do your part. Spread the work of Self-Realization through your words and example, through your devotion. It is not that I am breaking under the load of my work, but I am anxious to help all who are desirous of help; and it is your duty, also, to spread these teachings to others through your spiritual vibrations, that they too may receive this truth.

Our Guru devoted much time during the final years of his life to the formation of a vehicle or structure through which Kriyaban members of SRF and YSS worldwide could actively participate in the growth and progress of his work. Now that dream of his is coming to fruition with the upcoming inauguration of the SRF Voluntary League of Lay Disciples. (In India and surrounding countries, where Paramahansa Yogananda’s work is known as Yogoda Satsanga Society of India, the group will be called “The YSS Sevak League.”)

Update on Schedule: Spring 2021 Launch of the Lay Disciple League

Our current plan is that, in the spring of 2021, we will launch a full website for the Voluntary League of Lay Disciples, and at that time we will be ready to start accepting applications to join. We will also publish an inspiring handbook about the SRF/YSS lay disciple path of sadhana (spiritual practice) and guru-seva (service to the Guru) for those who enroll.

In the meantime, I am continuing the process of introducing the lay disciple league through a new blog (of which this is the first post), to share with you some of the inspiring history behind this new initiative.

More on the Development of the SRF/YSS Lay Disciple Program

As many of you know, two and half years ago we began exploring new ways for SRF/YSS members to serve Paramahansa Yogananda’s worldwide work. One of the goals was to tap more extensively into the vast pool of talent within our extended lay community to help advance our Guru’s mission. Under my direction, a small group of longtime lay disciples came together and eventually formed Yogananda Seva, a virtual community of Paramahansaji’s devotees from all over the world. These devotees undertook several “pilot programs” to explore and develop new service opportunities for SRF/YSS members. Several important projects were successfully funded, launched, and managed by Yogananda Seva, including: 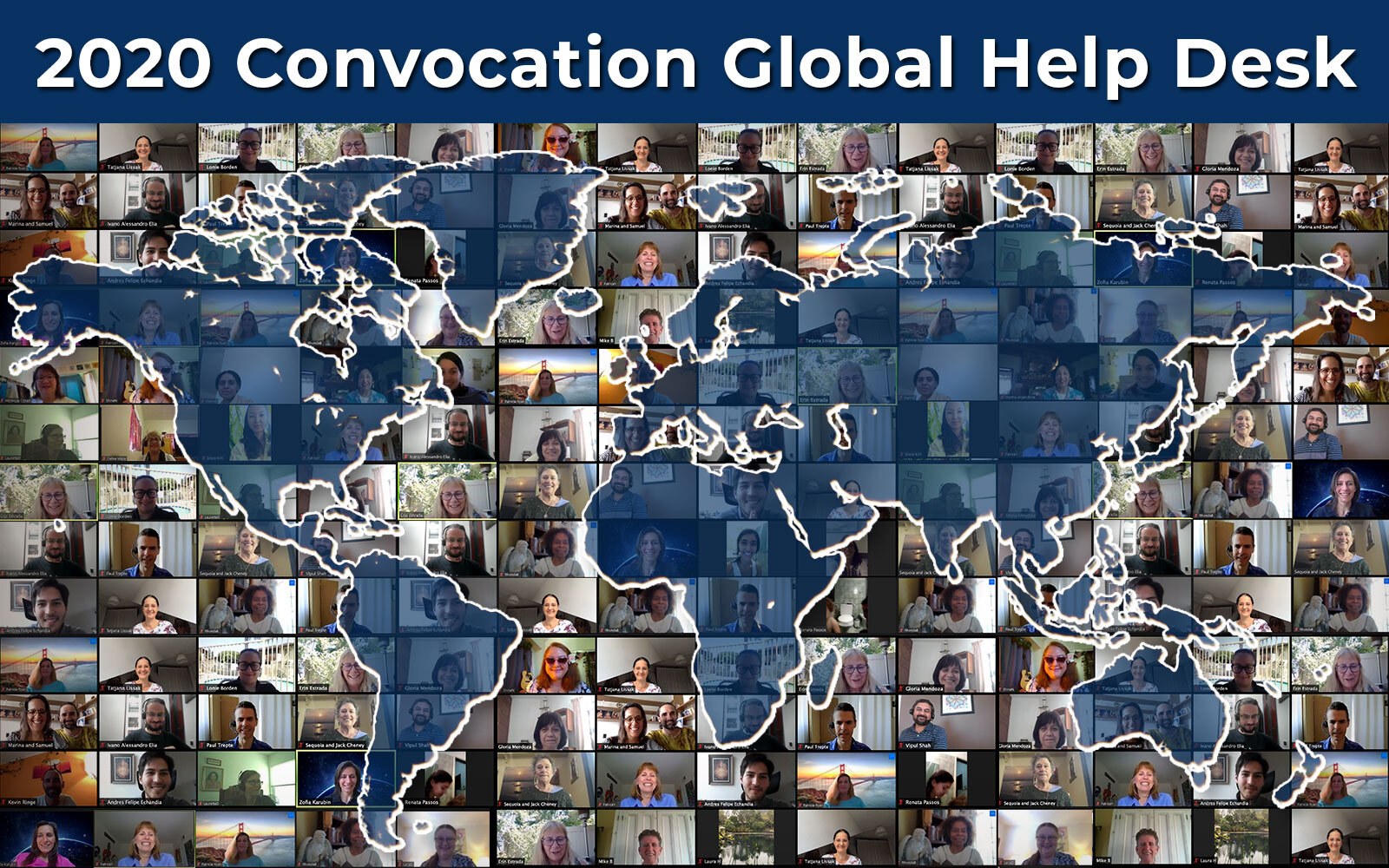 In many ways, Yogananda Seva was an early-stage experiment (a highly successful one!) to develop new methods of networking digitally to better coordinate the services of our dedicated lay members around the globe.

As a result, over the last year we have witnessed an inspiring surge in serviceful activity from lay members all over the world, who have eagerly volunteered for the various projects I asked Yogananda Seva to undertake to support SRF and YSS activities. It could not have been more timely, since many of these projects contributed to the abundance of inspirational content and programs that SRF and YSS have been able to offer online during the unforeseen pandemic shutdown of 2020. The experience gained through these initial experimental “pilot programs” will be valuable as we move into the next phase and formally launch the Voluntary League of Lay Disciples.

As part of prioritizing the expanding role of lay members, which I believe will be vital as Paramahansa Yogananda’s work continues growing, I delved deeply into our Guru’s thinking and the documented guidance he gave to those early disciples whom he asked to form the SRF Voluntary League and the lay disciple group at our Hollywood Temple.

Hollywood Temple Lay Disciple Group, April 10, 1976. On the stage is a life-sized depiction of Paramahansa Yogananda and the Hollywood Temple. At the center of the head table are Sri Mrinalini Mata, then vice-president (and later president) of SRF — the principal speaker at the event; and Brother Bhaktananda, minister-in-charge of the Hollywood Temple. To the right of Mrinalini Mata is Meera Mata, with whom Paramahansaji worked in the early 1950s on plans for the lay disciple order; to the left of Brother Bhaktananda are Mr. Harold Brown, chairman of the Lay Disciple Group, and Brothers Premamoy, Ramananda, and Santoshananda.

As I reviewed the work done by our revered Sri Daya Mata and other first-generation disciples to implement these plans, what immediately became clear is that the time has now come for us to take the spirit of guru-seva (service to the guru) that has been cultivated at our local temples for decades, and combine it with the digital communication and volunteer coordination methods with which we have been actively experimenting in our recent work with Yogananda Seva. This will make possible the formation of a truly global league of lay disciples who — as part of their spiritual life and devotion to God and Guru (their sadhana) — will play a necessary and very meaningful role in the growth envisioned by our Guru for his society in the years ahead.

Over the past few months, a clearer understanding of Paramahansaji’s vision has crystallized in the group of senior SRF and YSS monastics and lay disciples (including some of the directors of Yogananda Seva) with whom I have been working to develop the organizational underpinning required to support this new global lay formation. This important work is progressing rapidly, and we are all eagerly anticipating that we will be ready to open the new lay disciple order for enrollment in 2021.

What an auspicious way to begin the second hundred years of our Guru’s SRF work, in loving service to his mission of bringing a universal spirituality for the coming global civilization! I look forward to sharing more about the development of this inspiring initiative here in the SRF blog after the New Year.

Speaking to the Lay Disciple Group at the Hollywood Temple in 1963, Sri Daya Mata said:

“All of us in our own way are serving God — we in the ashram in one way, and you in the world in an equally important way. God's message cannot reach the world without messengers like yourselves. You are the ones who come in contact with other people. And it is by your example primarily and by your understanding of Master's teachings that you have a great opportunity to serve mankind.”