The full text of the resolution is provided below:

WHEREAS, Through numerous avenues of faith-inspired charity and service to congregants and the community at large, California’s spiritual organizations have long fostered self-respect and life-changing empowerment for their congregants and have enhanced the quality of life for members of the communities to which they belong, and one such venerable place is Self-Realization Fellowship (SRF), which is celebrating the one hundredth anniversary of both its establishment and the arrival of its founder, Paramahansa Yogananda, to the United States; and

WHEREAS, Arriving in America in 1920 as the Indian delegate to an International Congress of Religious Liberals, Paramahansa Yogananda established SRF that same year to introduce westerners to India’s ancient science of yoga meditation and cultivate peace and understanding between the unique cultures and religions of the world; and

WHEREAS, A major contributor to the development of California’s captivating landmarks and growth of its open and inclusive spiritual community, Paramahansa Yogananda founded multiple sanctuaries in California open to anyone seeking spiritual renewal and inner peace — among them the SRF Hermitage and Meditation Gardens in Encinitas, the SRF Mother Center atop Mount Washington, and the SRF Lake Shrine in Pacific Palisades, where thousands from around the world visit annually; and

WHEREAS, Through its contributions to the stable fabric of society by means of nourishing the spiritual, moral, and social life of its members, and in view of the important role it has played in transmitting the rich heritage of the past to succeeding generations, SRF has been a vital part of California’s communities; now, therefore, be it

RESOLVED BY SENATOR MARÍA ELENA DURAZO, That special public attention be directed to Self-Realization Fellowship for the invaluable contributions it has made to the State of California, and that it be extended heartiest congratulations as it celebrates its one hundredth anniversary. 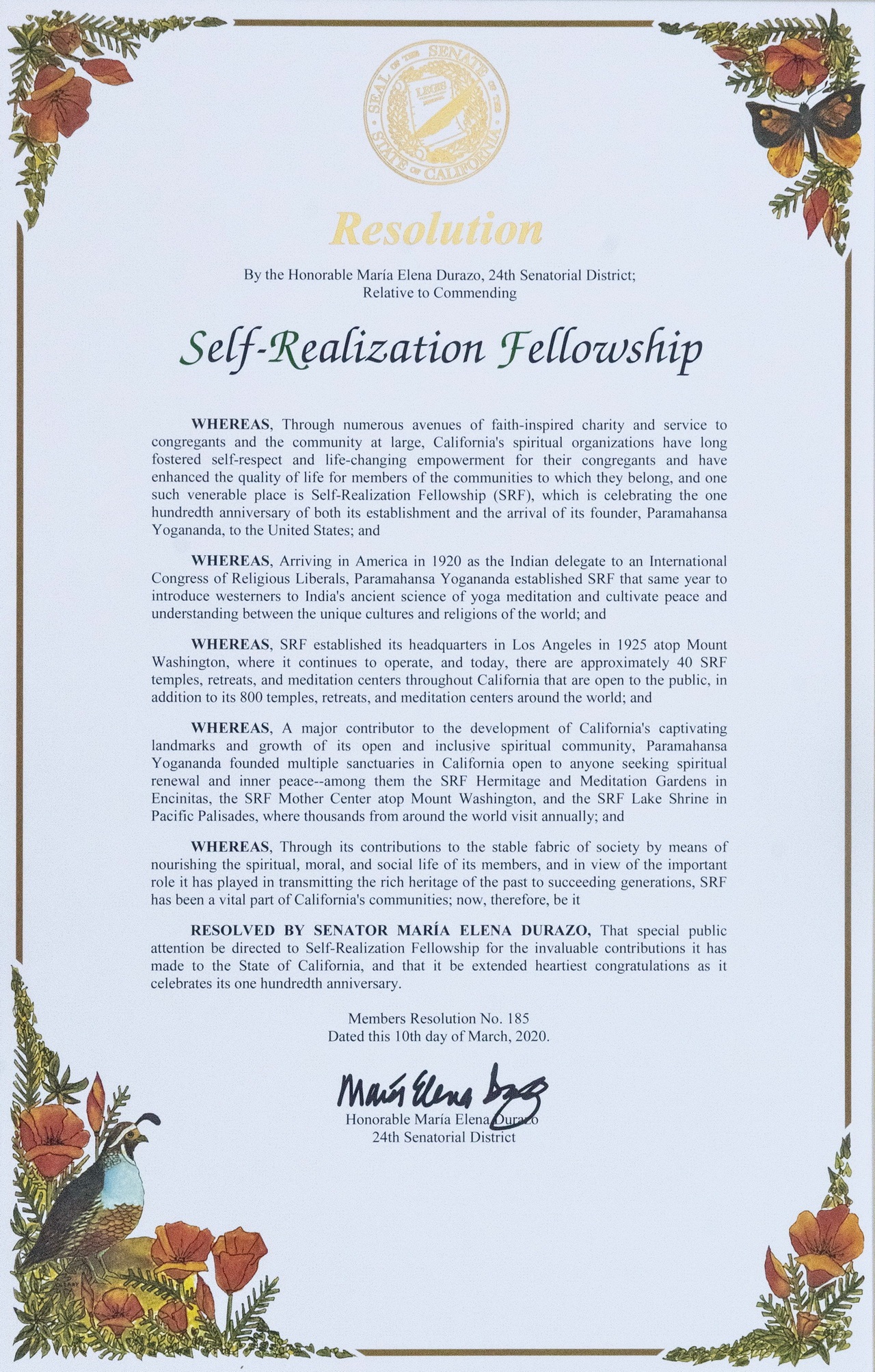