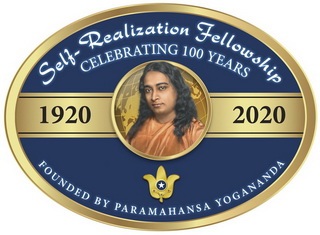 As part of our 2020 Centennial commemoration, we will be hosting a special Centennial Celebration Weekend September 18 – 20 in Boston, the city where Paramahansa Yogananda arrived in the West and founded Self-Realization Fellowship in 1920.

Although plans are still being finalized, we wanted to share this news with you now in case you are planning to travel to Boston for this special weekend and would like to book hotel accommodations.

The Westin Copley Place Hotel (the venue for most of the events) has arranged for special hotel rates for SRF members for the period Wednesday, September 16 through Monday, September 21. Because the hotel is still working on its website registration for SRF members, we suggest that you telephone the hotel directly at 1-888-236-2427 or 1-617-262-9600, rather than booking online. Please be sure to ask for the special SRF room rate.

Lost to humanity at large for many centuries, Kriya Yoga was revived for the modern age by a line of renowned yoga masters: Mahavatar Babaji, Lahiri Mahasaya, Swami Sri Yukteswar, and Paramahansa Yogananda.

Yogananda was ordained to bring the sacred Kriya Yoga teachings to the West and arrived in America in 1920, after being invited to serve as a delegate to the International Congress of Religious Liberals convening in Boston. In the same year he founded Self-Realization Fellowship to spread worldwide his teachings on India's ancient philosophy and science of yoga and its time-honored methods of meditation.

We are planning a number of special events to be held worldwide throughout 2020 to honor SRF’s centennial. We invite you to visit our Events page for more details.

Enrollment in the New Edition of the SRF Lessons in Italian to Begin in the Coming Weeks!